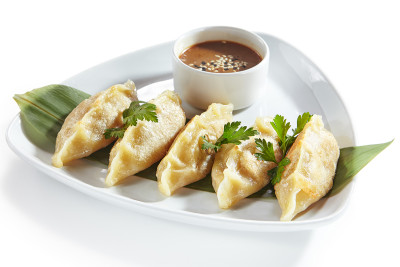 Much of the cuisine is variations on Asian themes. Momo is a Nepalese style dumpling filled with minced meat in a flour dough, given different shapes and then cooked by steaming. Special foods such as sel roti, finni roti and patre are eaten during festivals such as Tihar. Sel roti is a traditional Nepali homemade ring-shaped rice bread which is sweet to taste.